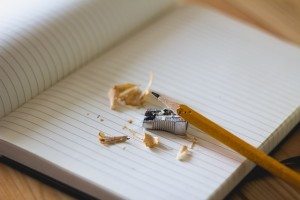 Writing is hard. Even passionate writers will tell you that writing is not an easy task. So I totally understand when I hear real estate agents complaining–er, commenting–on the fact that they don’t enjoy having to write.

And there’s a surprising amount of writing that comes with being a real estate agent: writing listings, composing area pages, describing neighborhoods, and that’s just the tip of the iceberg!

As you’re probably aware, the Fair Housing Act is in place in order to make sure that homes aren’t being exclusively marketed and sold to a specific type of person, which is a good thing! But it does mean there’s an extra step when it comes to thinking about what you say about a listing or neighborhood.

So to help make writing just a little bit easier, we’ve compiled a list of alternative phrases that are Fair Housing Act friendly.

One of the biggest phrases I’ve heard agents struggling with is “family-friendly.” 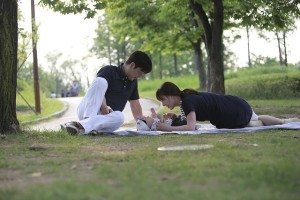 Suggesting that an area is “family-friendly” could be seen as discriminating against people who don’t have children or who live alone. This can be a frustrating restrictions, especially when trying to point out awesome amenities such as proximity to a good school, parks, or playgrounds.

What’s a real estate agent to do? Well, a suggestion would be to do what I just did: highlight the amenities! Let home buyers come to their own conclusions. If you talk about the awesome schools in the area or how there are a ton of parks and playgrounds, it will show that this is a good place to raise kids.

A good alternative for “family-friendly” could be “a community with fun for all ages.” This way you’re letting people know that there’s stuff for the kiddos to do without excluding older people as well.

Other Phrases to Keep in Mind

Walking Distance – This might seem like a harmless thing to say, but you could be seen as discriminating against those with disabilities who might have difficulties walking. Alternatives might include using idioms such as “a stone’s throw” or simply stating the distance “less than a mile.” 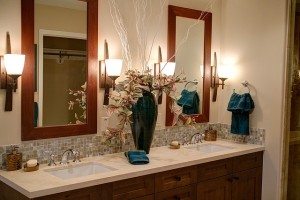 Avoid Gendered Language – We know “his and hers sinks” is a common phrase, but best practice says refer to them as double vanities–his and hers can imply you’re looking for a couple and exclude same-sex couples. Phrases like “bachelor pad” not only suggest a gender, but also a family status.

Describing a Neighborhood as “Safe” – This is one of those “what are you insinuating?” kind of phrases. While it might seem like a positive thing to say about the neighborhood, it’s actually a loaded phrase with all kinds of implications about what you think a safe neighborhood is or isn’t. Definitely best to just avoid it.

Get Those Creative Juices Flowing!

Now, most of these suggestions aren’t required, and really it’s just best practices. Ultimately it’s up to you where you want to draw the line on using othering language. But for those of you looking for a little direction, I hope this was helpful!

Want to cut some of the writing out of your life? Looking for some marketing help? Feel free to give us a call at 919-877-8511 to discuss getting on a marketing retainer.