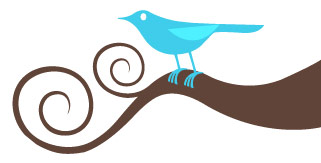 It seems Twitter is all the buzz right now. My relationship with Twitter, like many, has been an interesting journey. At first, I was like so many other Twitter doubters. I even quoted the famous line of “I don’t get Twitter. Does anyone really care that I am eating breakfast or brushing my teeth?” I then decided to take another shot at it. Unfortunately, I again grew frustrated at Twitter because I couldn’t keep up with everyone’s conversations. I mistakenly thought it was because I was following too many people. Frustrated again, I set Twitter aside for a few months. Suddenly, one day it dawned on me. I didn’t have to follow every single conversation on Twitter. I simply could jump in, get a quick snapshot, reply to a few people and jump out. I finally “got” Twitter!

Inman Connect Made Me A Twitterholic!

So off to Inman Connect I went with my renewed love for Twitter. In an effort to make my life easier, I put automation to work for me. I decided to have my Facebook status automatically update based on my Twitter updates. Twitter life was good â€“ so I thought.

From the first session at Iman, I started feverously tweeting different updates about what was happening at the conference. The Twitter community loved it. I knew because I quickly started gaining more and more followers. I thought to myself that I had finally achieved Twitter Zen.

My Twitter Zen didn’t last for very long. A tip from Jeff Turner turned into a harsh reality. You see, Jeff mentioned that he’s not a big fan of syncing your Twitter and Facebook status updates because the two social networks appeal to two difference audiences. His point was proven when my Facebook friends started messaging me saying things like “What’s your obsession with this Iman guy” “What the heck is #ICNY” “Your status updates make absolutely no sense!” While the information was quite relevant to the Twitter community (since they knew the context), my Facebook friends had no interest in seeing every detail of the Iman Connect conference.

I looked back at my Facebook Wall and quickly saw what they were referring to. It was ridden with tons of updates about a conference that they had no interest in. My effort to automate my social media back fired! Needless to say, I quickly disabled my Twitter/Facebook sync and now update the two sites separately with difference (relevant) pieces of information.

The entire point of automation is to reach more for less â€“ basically increase your ROI. But it’s important to see how much time you are actually saving compared to the benefit of a personal touch. Let me give you one more quick example.

ActiveRain gives you the ability to automatically update Twitter every time you write a new blog post on ActiveRain. On the surface, it seems like a great feature. Right? WRONG! That’s because the Twitter update looks something like thisâ€¦ “Just Posted on ActiveRain â€“ www.activerain.com/blah.” Now doesn’t that make you want to just run out and view the blog post? <sarcasm> Sure, having this automation saves you 20 seconds in having to manually update your Twitter status, but the problem is that it doesn’t compel anyone to actually click the link! What good is automation if it doesn’t increase your ROI? Instead, what if you took just 20 seconds to personally go to twitter.com and tease your blog post?

I asked Bobby (@rewebcoach) to help me out testing this. Instead of using the standard automated “just posted atâ€¦” approach, he created a personal tweet on a recent blog post. It was simple but a great Twitter tease. “Loose Lips Sinks Ships” and a link to the article was all he put on Twitter. Yet he had over 50 people immediately click to view his article. Why? Because it wasn’t the canned tweet that so many people see continually roll across their Twitter stream. In other words, those few seconds to create that personal tweet was much more valuable than zero seconds to create something that would have yielded zero results.

Automation Still has Its Place

Don’t get me wrong. I still love automation and I think it’s a great way to extend your social reach. But it’s important to make sure you understand when to use it and when not to use it. Just because you can save yourself a few seconds here and there, doesn’t mean you always should.